These are difficult times for all of us.  Do you have any questions, concerns or comments?  Let us know your thoughts.  All questions will be answered within 24 hours of submission. 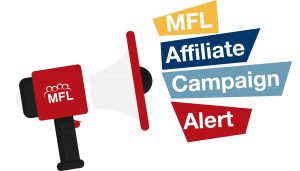 MGEU has been running a very successful campaign to keep liquor public in Manitoba, in response to the Pallister government’s legislation to further privatize liquor sales in Manitoba. While the legislation to further privatize liquor sales has been held over until the fall by the NDP, we need to keep putting the pressure on Pallister!

Manitoba’s publicly owned Liquor Mart profits contribute over $280 million a year to our communities – funding things like health care, schools, infrastructure and other critical services that we all rely on.

Now, more than ever, we can’t afford to take money out of our local economy or our public services. We need every dollar possible to stay here in Manitoba, to help keep our economy strong and people safe and healthy.

All affiliates are welcome and encouraged to send us info about your active campaigns – we’re always happy to promote and share with other affiliates. Together, we’re stronger! 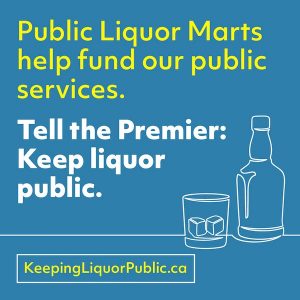 Please join the Manitoba Federation of Labour in marking the National Day of Mourning.

On Wednesday, April 28 at 11:30 am with a virtual memorial service to remember and honour workers who have been killed or injured on the job.

The hardworking members of IBEW 2034 keep the lights on and the power going for Manitoba Hydro. They have been on strike since March 9 and are trying to get a fair contract with their employer, but the Pallister government continues to interfere with negotiations by trying to impose the Bill 28 wage-freeze mandate.

The members of IBEW 2034 have always been there for Manitobans, including during the record-breaking ice storm of October 2019. We need to be there for them as they tell Pallister to back off so they can reach a fair deal.

While we cannot gather together on picket lines to show them our support, we can take to social media. Tuesday, April 6 will be an Online Day of Solidarity for striking IBEW 2034 members. We encourage union leaders and members to post messages, images, and videos of support for IBEW 2034 on Facebook, Twitter, and Instagram. Please tag IBEW 2034 in the posts so that their members can see that Manitoba’s labour movement is behind them in their fight. Let’s remind Manitobans just how important these workers are to our communities and to our economy.

Feel free to post messages of support throughout the day. Together, we are stronger.

In Solidarity,
Kevin Rebeck
President of the Manitoba Federation of Labour

WINNIPEG – The release of the much anticipated “Wall Report” opens the door to new forms of
privatization in Manitoba Hydro through the use of Private-Public Partnerships (P3s), the sale of entire
divisions of our provincial public utility, and the introduction of private companies to generate
electricity in Manitoba, says CUPE 998, read more . . .

Facemasks are not respirators. A facemask is a loose-fitting, disposable device that creates a physical barrier between the mouth and the nose of the person wearing the mask and potential contaminants in the immediate environment. There are several common types, most notably dust masks and surgical masks.

When worn properly, a facemask is only meant to help block large-particle dust or droplets (splashes, sprays or splatter) from reaching your mouth and nose. Facemasks are also beneficial because they help reduce other people’s exposure to saliva and respiratory secretions from the person wearing the mask.

However, it must be clearly understood that by design, facemasks will not filter or block small particles in the air that may be transmitted by coughs, sneezes or certain medical procedures. Facemasks do not provide complete protection from viruses or bacteria and other airborne contaminants, because of the loose fit between the surface of the facemask and your face.

Finally, facemasks are meant to be disposable and are not intended to be used more than once. If a mask is damaged or soiled, or if breathing through the mask becomes difficult, it should be removed and discarded safely according to required procedures and replaced with a new one.